When you book with an account, you will be able to track your payment status, track the confirmation and you can also rate the tour after you finished the tour.
Sign Up
97

This guaranteed departure regular coach tour is guided in English only with a maximum of 24 participants. 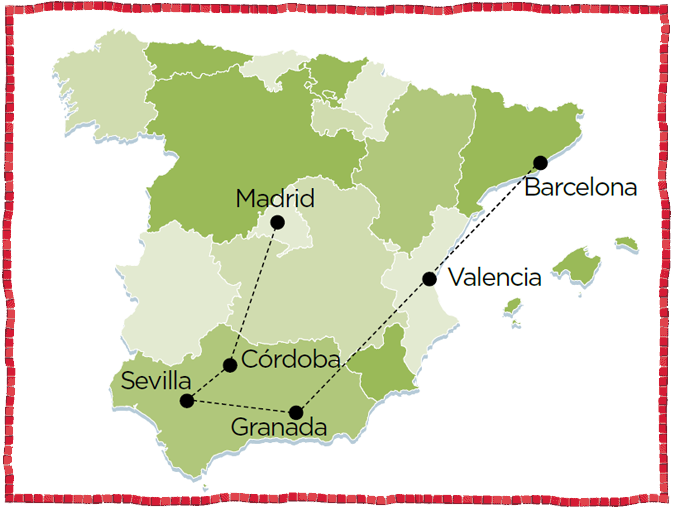 Meet and greet at Madrid airport, transfer to your hotel. The rest of the day is at leisure. Accommodation.
(Perhaps book an optional afternoon Prado “Skip the Line” tour or evening Tapas Tour)

Morning Madrid panoramic city tour; find the medieval origins of the city, like the Arabic fortress at the Barrio de la Morería, famous for its historical buildings. Drive through the courtesan district of the Hapsburgs characterized by Phillip II and its Renaissance and Baroque style buildings, Puerta del Sol, Plaza Mayor and Plaza de la Villa; the Madrid of the Bourbons and the complex town planning schemes of Charles III, the Royal Palace, Cibeles and Neptuno Fountains and the Puerta de Alcalá. Admire the 19th century works such as Prado Museum. The contemporary Madrid with areas such as Gran Vía, Castellana, the district of Salamanca, Plaza Castilla and Parque del Oeste, as well as commercial and financial areas of Modern Madrid, the emblematic Las Ventas Bullring and the Santiago Bernabéu Football Stadium. Afternoon free to continue exploring the wonders that the city has to offer. Accommodation. (B)

Morning transfer to Juliá Travel bus terminal (Plaza de Oriente). Depart at 8.30am to La Mancha, Don Quixote’s land. A quick stop in Puerto Lapice and then cross through the natural border of “Despeñaperros” into Andalucia, a region with enormous heritage from a splendorous past. Visit Cordoba with an impressive tour of its 8th century Mosque (entrance included) and other sites that will ease our mind and spirit strolling through its narrow winding streets of the Jewish Quarter. In the afternoon, after a short two hour drive arrive in Seville. Accommodation. (BD)

Morning panoramic city tour visiting: the exterior of the Cathedral (the second largest in the Catholic world after St. Peters in Rome), Santa Cruz quarter (a natural scenario of “Carmen” as well as a precisely where the myth of “Don Juan” developed), Maria Luisa Park and Plaza de España. Afternoon at leisure for you to discover exclusive views and unique flavours of this city. Accommodation. (BD) Optional: Flamenco tour.

Drive east through the Caliphate road to the heart of Andalucia observing an endless number of olive trees on the way to Granada, the last stronghold of the Moorish Kingdoms until 1492. Visit the world famous La Alhambra (entrance included) and Generalife Gardens that have inspired several authors with its sound and sights, such as “Tales of the Alhambra” by W. Irving. Accommodation. (BD)
Optional: Gipsy Flamenco show at Sacromonte quarter.

Today, start driving towards the Mediterranean coast  via Murcia, capital of the fertile garden of the Segura river. Continue north via Alicante, the second largest city within the region to arrive in Valencia, the city of arts and science, with its cultural and architectural complex made up of six buildings: Hemispheric, Umbracle, Science Museum, Oceanographic, Palau de les Arts and Ágora. Valencia is also the home of the internationally renowned and delicious “Paella”. Accommodation (B)

Morning city tour including a drive through the old city showing the most prominent buildings, we will then be driven past the old riverbed of the Turia to the most avant-garde complex “Ciudad de las Artes y las Ciencias” to see its stunning exterior. Early afternoon departure northward all along the Mediterranean coast to Catalunya, via Tarragona, the Roman Tarraco. Arrive in Barcelona principal Mediterranean city and home of the famous architect Gaudí, symbol of the Catalonian modernism. Accommodation (B)

Morning city tour of Barcelona, known worldwide for the Olympic Games in 1992, drive along the main avenues with impressive modernist buildings by Gaudí such as La Pedrera & Casa Milá, UNESCO World Heritage buildings, The Montjuïc Park with spectacular views of the city and harbor, the Olympic Ring, monument to Columbus and Olympic Port. Afternoon free to continue exploring the city. Accommodation (B)

After breakfast; transfer to Barcelona airport. END OF TOUR.
(Depending on your departure time, perhaps book an optional Sagrada Familia “Fast Track” tour)

Generally, coach tours in Spain, Portugal and Morocco use local guides in cities and destinations visited. Tours are also normally accompanied by a tour escort. Your tour may comprise a combination of tours and other participants in your tour may be going to or leaving for other destinations. Your tour escort may also change during the course of your program. 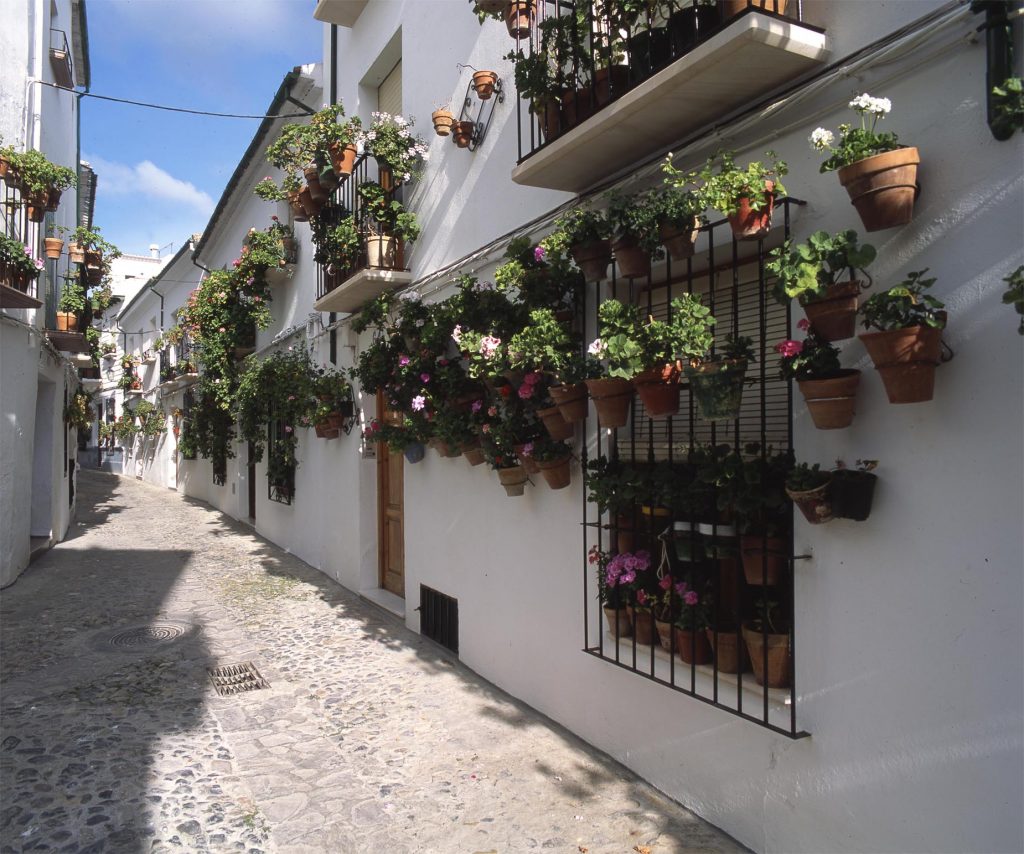