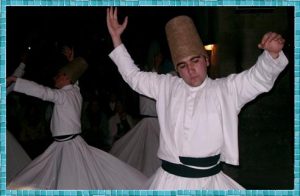 The Whirling Dervishes trace their origin to the 13th century Ottoman Empire. The Dervishes, also known as the Mevlevi Order, are Sufis, a spiritual offshoot of Islam.

A group of mystical dancers who stand between the material and cosmic worlds. Their dance is part of a sacred ceremony in which the dervish rotates in a precise rhythm. They represents the earth revolving on its axis while orbiting the sun. The purpose of the ritual whirling is for the dervishes to empty themselves of all distracting thoughts, placing themselves in a trance; released from their body they conquer dizziness. 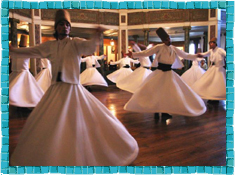 Contact us to discuss your next holiday in Turkey 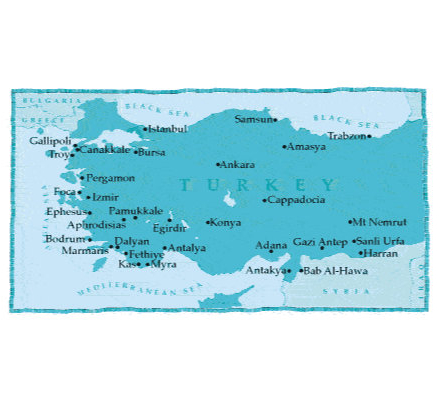